Summoned to a convent, Dr. Martha Livingstone, a court-appointed psychiatrist, is charged with assessing the sanity of a novice, Agnes, accused of murdering her newborn. The Mother Superior determinedly keeps young Agnes from the doctor, further arousing Livingstone’s suspicions. Who killed the infant, and who fathered the tiny victim? Livingstone’s questions force all three women to re-examine the meaning of faith and the power of love, leading to a dramatic, compelling climax. A hit play on Broadway and later on film, John Pielmeier’s riveting suspense drama has been hailed by the New York Times as “An outstanding play!” and the New York Post as “Blindingly theatrical!”. After a long wait, Square One is thrilled to finally have the production rights to present this thrilling Broadway classic. 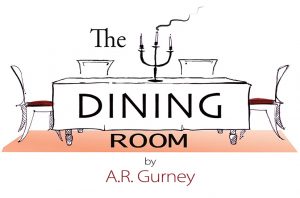 A.R. Gurney’s classic play is set in the dining room of a typical well-to-do household, the place where the family assembled daily for breakfast and dinner and for any and all special occasions. The action ... Read more
View Calendar
Add